​We'll play and sing and put on a great show! 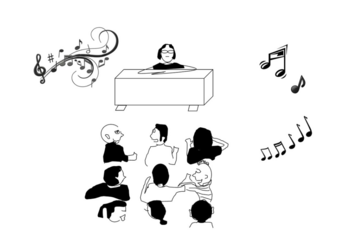 In the fall of 1963, we started playing fraternity parties in Chapel Hill. As a naïve eleventh grader, about the wildest parties I had ever seen were a few beers at somebody's cabin out at the river. There was this place out in the boondocks near Chapel Hill called the "Little Red School House." There was only one electrical outlet for the whole joint. Right on cue, we start playing and the fuses blow. When the lights came back on, I saw things going on that had only been in my fantasy world the day before. The place was small, jam-packed with sweaty drunks and you could feel the walls pulsating with the beat.

A few weeks later, we played in the basement of one of the frat houses on the row. This place could have been the inspiration for "Animal House." Besides dancing and carousing, the main attraction was a bathtub full of "Purple Passion" (sometimes called "Purple Jesus"). That was basically fruit punch and 190-proof grain alcohol. They kept bringing us cups of the stuff thinking the drunker we got the better we would play. Didn't work out that way. By the third set, we were fried and the music was getting looser with every beat (or lack thereof).

loudly and waited for our first class.

One morning my friend, Charles VanWagner, and I heard

something on the radio, something we had never heard before.

It was like getting hit by a bolt of lightning!

(Or, if you are a kid, like sticking your finger in a light socket!)

We heard five magical "doms" and a "dombedoobedom"

("Come Go with Me," the Dell Vikings). Charles started the

Even though we did not know music theory, we understood the sound and spontaneously sang along, immediately breaking through some of the mystery of group harmony singing.

We were so pleased with ourselves we decided we should start a band!

We played a lot of fraternity parties in crowded, smoky rooms full of dancing, drinking, laughing young men and women. We were usually welcomed with a complimentary fifth (or two) of bourbon, to loosen us up so that we might "play better."

excerpt from The Real Thing by Nat Speir 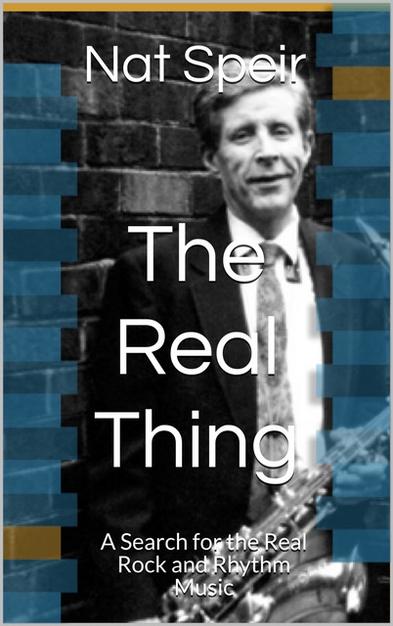