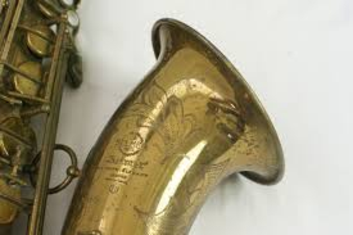 The Decline of Mainstream Soul

By the mid-sixties, soul music was approaching the highest arc of a trajectory that would be maintained for the better part of a decade. The pop/soul factories of Detroit's Motown and Stax in Memphis were entering peak times with songs that decades later would be standards in American pop. And, James Brown would simply invent a music of his own, racking up hit after iconic hit. Surviving the headwinds of the British invasion and psychedelia, The Supremes, Marvin Gaye, Wilson Pickett, Aretha Franklin and many others were holding top spots on the charts as the 60's drew to a close.  However, clouds were on the horizon.

Stax Records in Memphis had, in 1967, sustained a crippling blow with the tragic death of Otis Redding, who was beginning to deliver a huge crossover audience for the company, and elevating all of their artists in the process. As a result, Stax began a slow decline from which it would not recover. By the early 70’s, the music and artists which made it popular would be a memory.

Meanwhile in Detroit, Motown founder and President, Berry Gordy, began to feel the slow but sure tug of Hollywood in the late 60’s. By 1972, the move would be consummated, and the doors would be locked at Hitsville (Motown’s Detroit studio) signaling the end of the line for the definitive Motown Sound era of its music and the close-knit group of producers and musicians (The Funk Brothers) who made it. Although the label would survive in name, the magic was left behind in Detroit, and the music made in LA was not the same. Ironically, as this is written, a signature fifty-year-old Detroit Motown hit, “My Girl,” plays on the coffee house sound system.

But, the soul-era was not about to end. Waiting in the wings in Philadelphia were three young producers: Thom Bell, Leon Huff, and Kenny Gamble, who had formed their own production company, Mighty Three Music. They had set up shop in Joe Tarsia's Sigma Sound Studios, with their own tight studio rhythm section who, with the addition of a host of symphonic string and horn players, began to crank out some of the slickest, classiest, yet energetic soul music ever put to vinyl.

There would be others, also. Motown producers Brian and Eddie Holland and Lamont Dozier had left the Motown family and formed their own Detroit label, Invictus/Hotwax, and began producing hit after hit on acts such as Freda Payne, The Chairmen of the Board, and Honey Cone through the 70’s in their cross-town studio. Also, the gifted Motown husband-wife writer and production team, Nick Ashford and Valerie Simpson, had departed Detroit and set up shop in New York, expanding and keeping their own sound alive while achieving artistic fame themselves. And, there would be the musical genius of Stevie Wonder who moved on to LA, writing his own history.

But, Gamble, Huff, and Bell’s Sound of Philadelphia would pick up the torch laid down by Motown. And ironically, it would be The Spinners, a group who had long-labored in obscurity at Motown, who would sign with Mighty Three and rocket out of the box with “One of a Kind Love Affair,” and “Could It Be I’m Falling In Love?” For years to follow they would stake out the musical territory formerly held by the Temptations and Four Tops at Motown.

This Mighty Three, Sigma Sound combination with the Philadelphia International label would be the last of the major houses, or some would say factories, of the classic soul era.

If there were clouds in the late sixties, a tsunami hit in the mid-70's. Disco. Seemingly overnight, soul music was hijacked.

(Read the entire article in The Real Thing, due out Winter 2016)